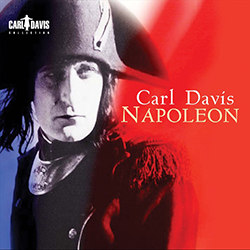 The project of composing a score for one of the longest films ever made was first brought to my attention in the Summer of 1980. I had three months to assemble close to five hours of music – that was the length of the film as it existed at that date. In addition I had to conduct a performance in a manner whose tradition had all but vanished. Up until the arrival of synchronised sound film in 1928, the major cinemas had supported large orchestras to accompany the “silent” film presentations, and also must have supported a large staff of composers, arrangers, copyists and conductors to supply music for a very large and frequent turnover of films. This was long gone and I had to discover for myself a way of organising a score which could be played continuously throughout the film, and yet achieve synchronization to the standard that we now expect from a sound film recording. It was impossible to think of a more ambitious assignment!

The first decision to be made was do we use Beethoven or not? It is clear from contemporary accounts that Beethoven admired Napoleon as First Consul and found insipiration in his victory at Marengo for the Third Symphony, which he initially dedicated to Napoleon. It was only after he became Emperor that Beethoven changed his opinion and crossed out the dedication from the title page. As our film version of the life of Napoleon ends in the year 1797 I thought that the circumstances of 1803 could be put aside. There are two other facts I took account of. First Gance himself was sufficiently inspired by the music of Beethoven to make a film of his life, and secondly, and most important, the quality of the music goes well with the central character.

The next important decision I made was to respect the historical setting of the film and gave myself the date 1810 as a boundary beyond which I would not draw on any existing music. I also researched the traditional music of the period – songs of the French Revolution and the folk music of Corsica.

I also decided that at those moments when I found the view of the Director becoming subjective, and not strictly historical, I should compose original themes. The most important was to describe the eagle which starts as a living bird held in a cage, then is freed only to return to his master. The eagle recurs thematically throughout the film as a symbol of the spirit of Napoleon. I also could not find any music of the period which had a melody to describe his idealised feelings towards Josephine de Beauharnais, and so I composed a theme to represent that idea.

I used almost all of Beethoven’s versions of the Eroica theme – from the symphony itself, the piano variations and the finale of the Prometheus Ballet. In addition, there is a wide selection from Beethoven’s Theatre Music, Chamber Music, Variations and Dance Music, as well as portions of works by Mozart and Haydn.

I also searched for compositions by other composers working in France: Gluck, Cherubini, Mehul, Monsigny, Gretry, Dittersdorf, Gossec. Napoleon was known to have said that he could listen to and aria from Paisiello’s Opera “Nina” every day of his life – that melody accompanies the picnic scene in Corsica. I also used the harmonisations from the first printed editions of La Marseillaise, La Carmagnole and Ca Ira. I paid a tribute to Arthur Honnegger, who composed and arranged music for the first performance in 1927, by including his arrangement of the Chant du Depart, originally written by Mehul and actually sung by the soldiers of the Army of Liberation of Italy.

The score then is a mixture of existing music, arrangements of traditional material and new composition. During my researches for the Hollywood series, I discovered that this method was the way the composers for the silent film worked. I offer my work in tribute to them.